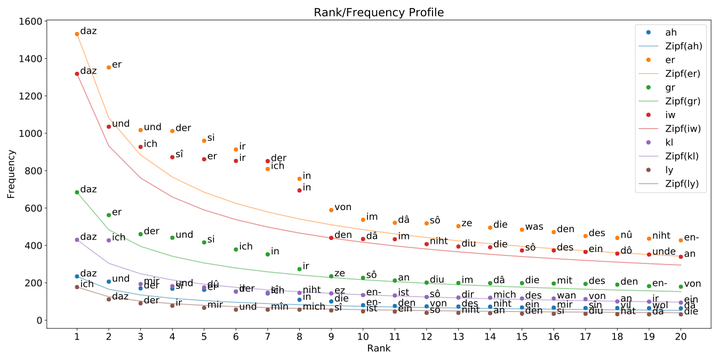 The Hartmann von Aue-portal is a decade-long initiative to employ Web technology in order to support the study of the early German. It provides a comprehensive knowledge base on lexicographic and other aspects of the works of Hartmann von Aue, one of the key epic poets of Middle High German literature; namely lemmata, word forms, tagmemes, adverbs, and the like, including original contexts for entries. The portal is available for human users in the form of a Web application. Linked Open Data (LOD) is a recent approach in the evolution of Web technology that supports the publication of information on the Web in a way suitable for the intelligent consumption and processing of contents by computers instead of humans using Web browsers. In this paper, we study the use of modern LOD approaches for linguistics, describe the conversion of the complete Hartmann von Aue-portal into LOD, and show the usage for data-driven analyses via SPARQL queries and literate programming with Python.