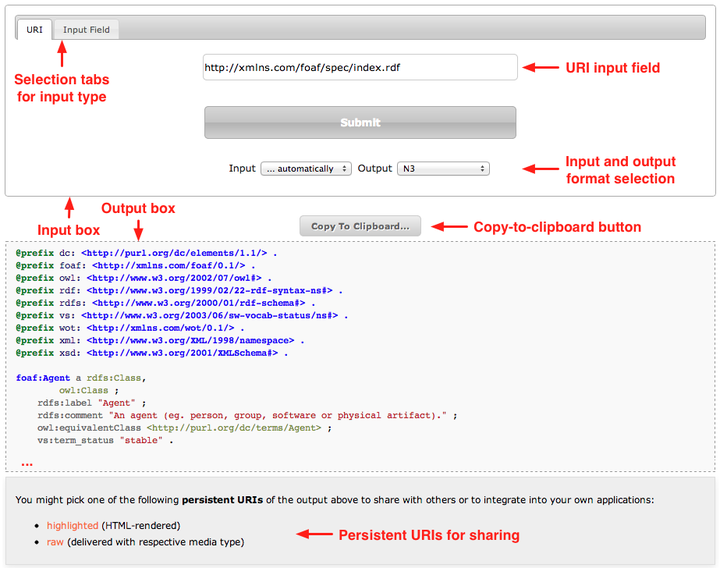 The interdisciplinary nature of the Semantic Web and the many projects put forward by the community led to a large number of widely accepted serialization formats for RDF. Most of these RDF syntaxes have been developed out of a necessity to serve specific purposes better than existing ones, e.g. RDFa was proposed as an extension to HTML for embedding non-intrusive RDF statements in human-readable documents. Nonetheless, the RDF serialization formats are generally transducible among themselves given that they are commonly based on the RDF model. In this paper, we present (1) a RESTful Web service based on the HTTP protocol that translates between different serializations. In addition to its core functionality, our proposed solution provides (2) features to accommodate frequent needs of Semantic Web developers, namely a straightforward user interface with copy-to-clipboard functionality, syntax highlighting, persistent URI links for easy sharing, cool URI patterns, and content negotiation using respective HTTP headers. We demonstrate the benefit of our converter by presenting two use cases.